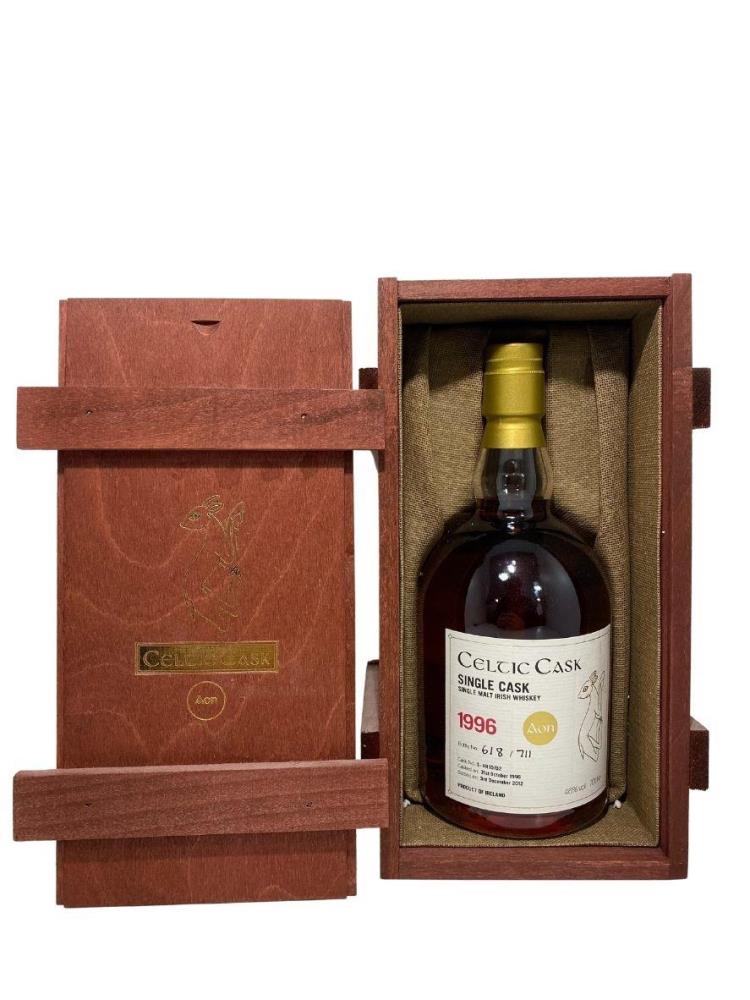 This auction is closed, biddings on the lot are no longer possible

Celtic Cask Aon 1996 was distilled at Cooley Distillery and in 2010 was finished in an 80 year-old Palo Cortado Sherry cask from Bodegas Emilio Hidalgo. It is unchill-filtered & natural colour. Bottled at 46%.Distilled 31st October 1996 & bottled 3rd December 2012. Cask no.1 which is a coincidence. Rotation VR10/02. The malt whiskey was initially aged for 3 years in 2nd fill Bourbon casks and then moved to fresh Bourbon casks for the next 11 years. In July 2010, 3 of these casks were emptied to fill this fantastic 80 year-old sherry cask which was made from American oak.The cask is from Bodegas Emilio Hidalgo, a small family winery founded in 1874 and located in the heart of Jerez de la Frontera. They have an international reputation for producing superb, elegant & refined sherry. Palo Cortado is a rare variety of sherry that is initially aged under flor (a film of yeast) to become a fino or amontillado, but inexplicably loses this veil of flor and begins ageing oxidatively as an oloroso. The result is a wine with some of the richness of oloroso and some of the crispness of amontillado. Only 1-2% of the grapes pressed for sherry develop into Palo Cortado. 711 bottles were filled from this cask.

Please note: Your bid is final